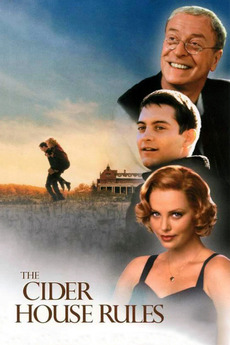 A story about how far we must travel to find the place where we belong.

Homer is an orphan who was never adopted, becoming the favorite of orphanage director Dr. Larch. Dr. Larch imparts his full medical knowledge on Homer, who becomes a skilled, albeit unlicensed, physician. But Homer yearns for a self-chosen life outside the orphanage. What will Homer learn about life and love in the cider house? What of the destiny that Dr. Larch has planned for him?

A list of the films featuring Academy Award-winning performances for Best Supporting Actor that I’ve seen. Ranked by the performance…