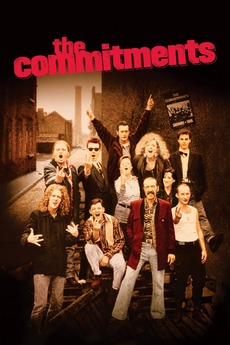 They had nothing to lose, they risked it all.

Jimmy Rabbitte, just a tick out of school, gets a brilliant idea: to put a soul band together in Barrytown, his slum home in north Dublin. First he needs musicians and singers: things slowly start to click when he finds three fine-voiced females virtually in his back yard, a lead singer (Deco) at a wedding, and, responding to his ad, an aging trumpet player, Joey "The Lips" Fagan.