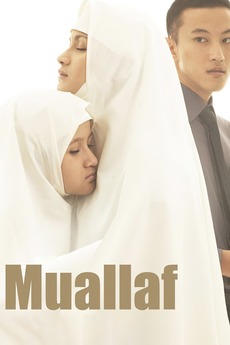 It is in forgiving that we are forgiven

Two Malaysian sisters, Rohani and Rohana, run away from home to escape their wealthy father’s mistreatment. They find refuge in a small town where they get to know Brian Goh, a young Catholic schoolteacher. Brian is irresistibly attracted to the two girls. Impressed by their extraordinary courage in the face of adversity, their relationship forces him to confront the ghosts of his own childhood. Director Yasmin Ahmad explores the possibilities of emotional survival after being traumatised by loved ones. Through the wanderings of three lost souls who band together and console one another, Muallaf celebrates friendship, forgiveness, and the coming to terms with the past.

anything with catholicism as a subject,…

Malaysian Cinema In a Bottle