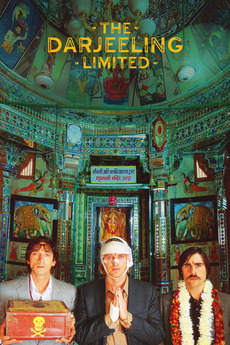 Three American brothers who have not spoken to each other in a year set off on a train voyage across India with a plan to find themselves and bond with each other -- to become brothers again like they used to be. Their "spiritual quest", however, veers rapidly off-course (due to events involving over-the-counter pain killers, Indian cough syrup, and pepper spray).