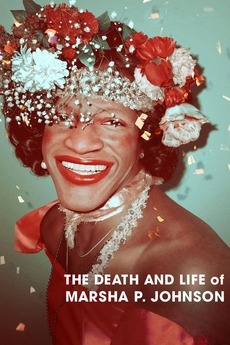 The Death and Life of Marsha P. Johnson

A life that launched a revolution, a death that remains a mystery

Describing herself as a 'street queen,' Johnson was a legendary fixture in New York City’s gay ghetto and a tireless voice for LGBT pride since the days of Stonewall, who along with fellow trans icon Sylvia Rivera, founded Street Transvestites Action Revolutionaries (S.T.A.R.), a trans activist group based in the heart of NYC’s Greenwich Village. Her death in 1992 was declared a suicide by the NYPD, but friends never accepted that version of events. Structured as a whodunit, with activist Victoria Cruz cast as detective and audience surrogate, The Death and Life of Marsha P. Johnson celebrates the lasting political legacy of Johnson, while seeking to finally solve the mystery of her unexplained death.