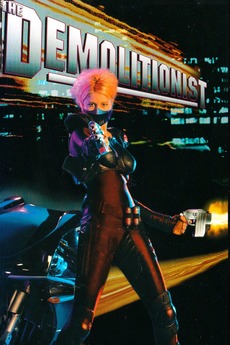 This time, the law takes off their cuffs

A murdered police officer is brought back to life by a cold-hearted scientist to serve as "The Demolitionist", the ultimate crime-fighting weapon in a city overrun by criminals and internal corruption

Resources for finding these films will be added in the notes.(When I have time, that's right, I don't have endless…