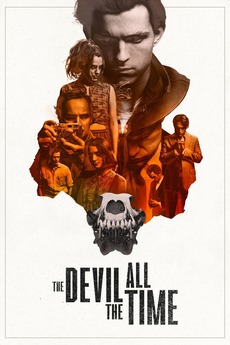 The Devil All the Time
JustWatch

The Devil All the Time

Everyone ends up in the same damned place.

In Knockemstiff, Ohio and its neighboring backwoods, sinister characters converge around young Arvin Russell as he fights the evil forces that threaten him and his family.

List constantly being updated. Yet to be added to LB : Queen Bitch and the High Horse, The Life of…

Letterboxd in Lockdown: What You Watched During a Year with Covid