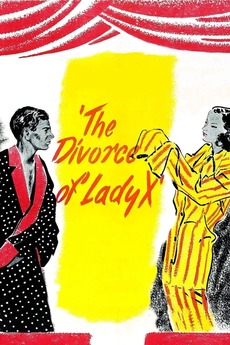 The Divorce of Lady X

The morning after a London barrister lets a mystery woman stay in his suite, a friend files for divorce.