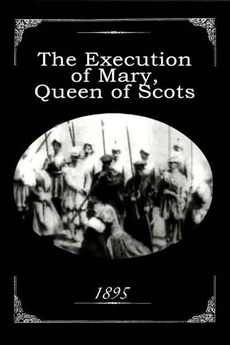 The Execution of Mary, Queen of Scots
JustWatch

The Execution of Mary, Queen of Scots

A short film depicting the execution of Mary, Queen of the Scots. Mary is brought to the execution block and made to kneel down with her neck over it. The executioner lifts his axe ready to bring it down. After that frame Mary has been replaced by a dummy. The axe comes down and severs the head of the dummy from the body. The executioner picks up the head and shows it around for everyone else to see. One of the first camera tricks to be used in a movie.

Source data can be found via…

Thank you to Static Vision for hosting Alexandra Heller-Nicholas's 1000 Women In Horror book launch, and to Alex for being amazing and curating…

Firsts in the History of Cinema

A list of film firsts. Please help add to/correct this list if you can. The firsts are in the notes.…

avant-garde films that could also be read as horror. looking more for films that engage with horror on the level…