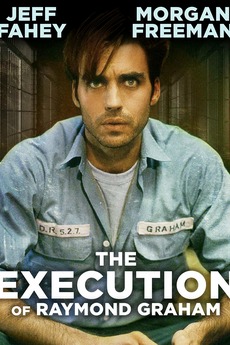 The Execution of Raymond Graham
JustWatch

The Execution of Raymond Graham

Jeff Fahey plays Raymond Graham, who for five years has lived on Death Row, awaiting execution for the murder of a store clerk. Having given up on any further legal delays, Graham wearily awaits the fatal injection. Joining the condemned man in his death watch are Graham's family and attorney, a crowd of anti-capital punishment demonstrators, and the inevitable TV crews. This drama concentrates on the final two hours of Raymond Graham's life, played out in "real time". Originally telecast November 17, 1985, The Execution of Raymond Graham was the ABC TV network's first live dramatic presentation in nearly 25 years. Inspiration for the Movie Dead Man Walking starring Sean Penn and Susan Sarandon.