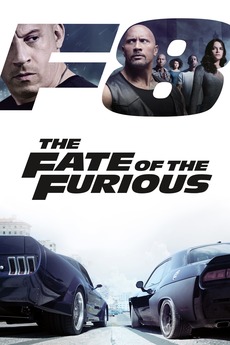 The Fate of the Furious
JustWatch

The Fate of the Furious

When a mysterious woman seduces Dom into the world of crime and a betrayal of those closest to him, the crew face trials that will test them as never before.

Now the list is frozen. Spring Breakers will be the last addition before I start watching new films from the…