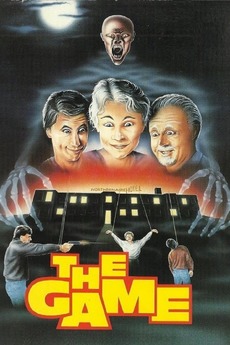 Three bored millionaires gather nine people in an old mansion, and give them a proposition--if they can meet and conquer their biggest fears, they'll get one million dollars in cash.

No longer writing on Lboxd but may or may not be using this list towards a project! Really depends on…

not a list of movies with anything specifically in common, just the best posters on lb, y'know?

The Final Girls: The Complete Gory Guidebook to Slasher Films

The complete list of films noted in Stephen Thrower's epic NIGHTMARE USA, VOLUME 1. At the end of the book,…

No, The Older And Less Well-Known One!

Have I missed any?