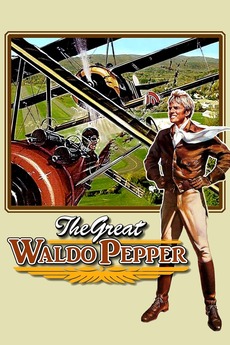 A biplane pilot who had missed flying in WWI takes up barnstorming and later a movie career in his quest for the glory he had missed.

Shout Factory (and its horror-based subdivision, Scream Factory) are a DVD and Blu-Ray distribution company in the US that release…

New Hollywood and Other Films from the Seventies Set in the 20s and 30s.

Recent and Very Good Movies: Every film after 1965 that's rated 3 out of 4 stars in 'Leonard Maltin's 2015 Movie Guide: The Modern Era'

The final 'Leonard Maltin Movie Guide: The Modern Era' printed so far has been the 2015 Edition. This houses every…

Neon was an excellent film magazine that was published in the UK between 1996 and 1999. '1000 Essential Movies On…