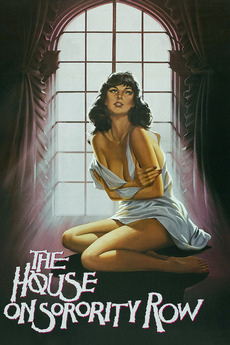 The House on Sorority Row
JustWatch

The House on Sorority Row

After a seemingly innocent prank goes horribly wrong, a group of sorority sisters are stalked and murdered one by one in their sorority house while throwing a party to celebrate their graduation.

The American slasher that was formalized and calcified in the late '70s/early '80s did not come out of nowhere; in…