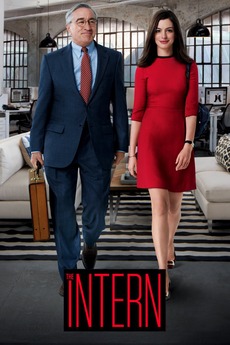 70-year-old widower Ben Whittaker has discovered that retirement isn't all it's cracked up to be. Seizing an opportunity to get back in the game, he becomes a senior intern at an online fashion site, founded and run by Jules Ostin.

when ur on ur period

predominantly easy and a little cheesy.

aka films i like to watch when im feeling a bit shitty, bleeding, cramping,…