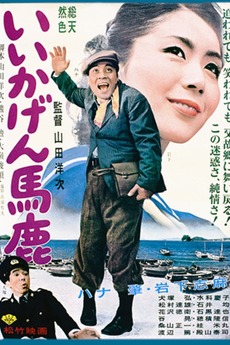 Picked up and raised on an island in the Seto Inland Sea, Yasukichi's only trait is his innate mischievousness. However, because his love for his hometown is exceptionally stronger than anybody's, he is trying everything he can to somehow help the inhabitants of the island which are going through a recession. He saddles himself with a debt to bring a cheap band onto the island and tries to market the underwater sightseeing ship on the island without regards for the Marine Act