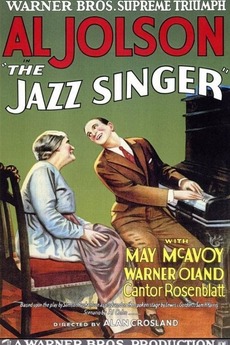 A young Jewish man is torn between tradition and individuality when his old-fashioned family objects to his career as a jazz singer. This is the first full length feature film to use synchronized sound, and is the original film musical.