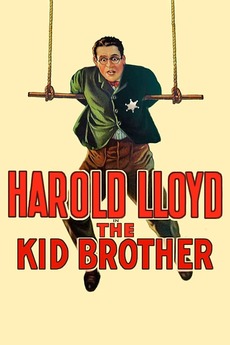 The most important family in Hickoryville is (not surprisingly) the Hickorys, with sheriff Jim and his tough manly sons Leo and Olin. The timid youngest son, Harold, doesn't have the muscles to match up to them, so he has to use his wits to win the respect of his strong father and also the love of beautiful Mary.