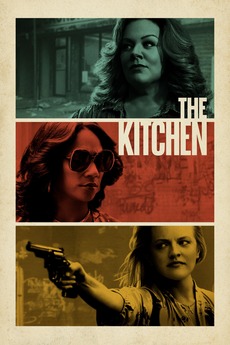 The mobster husbands of three 1978 Hell's Kitchen housewives are sent to prison by the FBI. Left with little but a sharp ax to grind, the ladies take the Irish mafia's matters into their own hands — proving unexpectedly adept at everything from running the rackets to taking out the competition… literally.