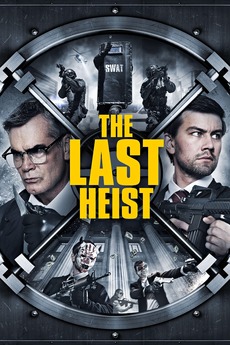 A bank heist descends into violent chaos when one of the hostages turns out to be a serial killer. Trapping the well-organized team of bank robbers in the building, the killer is now picking them off one by one.

Punk's Not Dead: The Most Comprehensive Punk Music List on Letterboxd

Another entry in the comprehensive musical genre series, this one is every band that can be considered punk.

I really like the sub genre of Heist movies! Thieving, Stealing, Robbing. It must be central to the plot or…

A compendium of terrible taste. Caveats: - not meant to be fully comprehensive, curated by personal taste - with the…

these are the movies with overall ratings below 2.0 on letterboxd.

Remember this.. the Cinematic Journey is about…