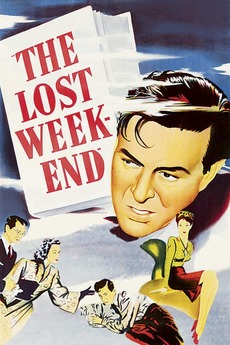 The screen dares to open the strange and savage pages of a shocking bestseller!

Don Birnam, a long-time alcoholic, has been sober for ten days and appears to be over the worst... but his craving has just become more insidious. Evading a country weekend planned by his brother and girlfriend, he begins a four-day bender that just might be his last - one way or another.