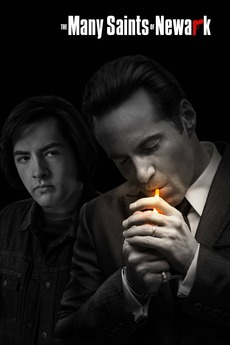 The Many Saints of Newark
JustWatch

The Many Saints of Newark

Only one family ruled the streets of Jersey in the summer of ‘67.

Set in Newark during the 1960s race riots between the African-American and Italian communities. The war between the cultural mobs turns especially lethal. Prequel to the TV series The Sopranos.

*UPDATE: this year's slate has become completely fucked so might as well mix-in 2021 titles

not on LB database: Untitled…

2019 anticipation tagline: "LITERALLY THE END OF ALL CINEMA. THE YEAR WE ALL DIE."

The List Includes some of the most anticipated upcoming movies/animations. Items get omitted or added once in a while

Awaiting world premieres. GOOD THINGS COME TO THOSE WHO WAIT!

In alphabetical order (don't forget you can sort by Popularity,…

This is not a comprehensive list of the films discussed on that podcast, but merely a listing of the most…