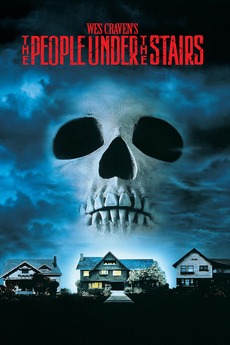 The People Under the Stairs

In every neighborhood there is one house that adults whisper about and children cross the street to avoid.

When young Poindexter "Fool" Williams breaks into the creepy, immense old home of his family's greedy and uncaring landlords, he uncovers a disturbing scenario underneath the stairs.