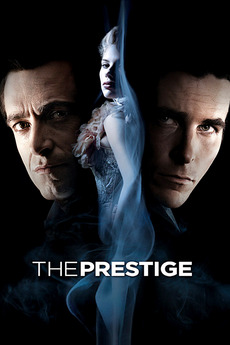 Are You Watching Closely?

A mysterious story of two magicians whose intense rivalry leads them on a life-long battle for supremacy -- full of obsession, deceit and jealousy with dangerous and deadly consequences.

UPDATED WEEKLY Letterboxd's Top 1,000 movies, based on the average weighted rating of all Letterboxd users. I removed all stand-up…