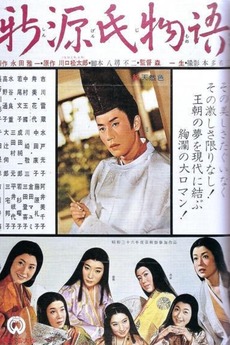 Hikaru Genji, the haunted romantic hero of Lady Murasaki Shikibu’s “Genji Monogatari” (Tale of Genji) comes to life in this new tale of his further romantic adventures. Young Genji, the emperor’s illegitimate son cuts a swath through the women of the imperial court, while still mourning the spirit of his late mother who died while he was still a child. Driven to an obsession with the emperor’s new concubine, Lady Fujitsubo, whose resemblance to his late mother originally caught the eye of the emperor, young Genji embarks upon a reckless affair with her that could cost him his life.

My Movies from Japan

Stuff that I've added to Letterboxd

When I feel like it I go over to TMDB and correct mistakes (and probably make some as well), add…