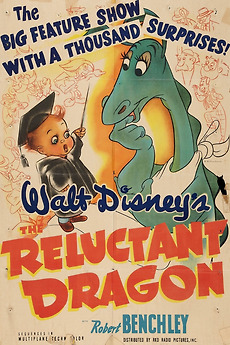 The big feature show with a thousand surprises!

Humorist Robert Benchley attempts to find Walt Disney to ask him to adapt a short story about a gentle dragon who would rather recite poetry than be ferocious. Along the way, he is given a tour of Walt Disney Studios, and learns about the animation process.