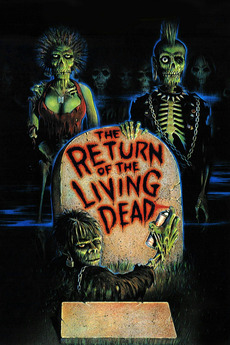 The Return of the Living Dead

They're Back From The Grave and Ready To Party!

When a bumbling pair of employees at a medical supply warehouse accidentally release a deadly gas into the air, the vapors cause the dead to re-animate as they go on a rampage seeking their favorite food: brains!