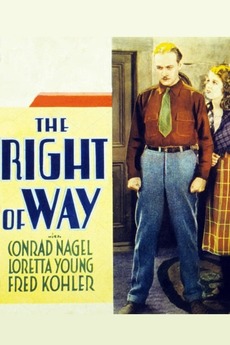 The Right of Way
JustWatch

The Right of Way

Snobbish attorney Charles 'Beauty' Steele loses his wife due to his drinking and his heirs at the same time that his brother-in-law absconds with funds belonging to one of Steele's clients. In search of the thief, Steele is attacked and left for dead. He is rescued by a kindly couple, but suffers from amnesia. He starts life afresh and is happy, until the return of his memory sends him back to resolve his old involvements.