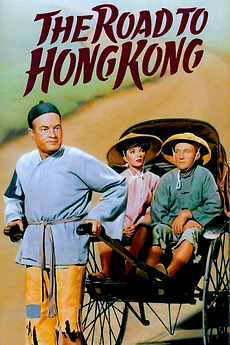 The Road to Hong Kong
JustWatch

The Road to Hong Kong

The last of the red hot Lamas!

Bob Hope and Bing Crosby return as con men Chester Babcock and Harry Turner, in the last of their road movies. When Chester accidentally memorizes and destroys the only copy of a secret Russian formula for a new and improved rocket fuel, they are thrust into international intrigue, trying to stay alive while keeping the formula out of enemy hands.

I'm always amazed at how many great movies are available on youtube (sometimes in a nice quality, sometimes not that…

From masterpieces to okay for an occasional laugh. LOLITA (1962) added, as this - besides being a tragedy and drama…