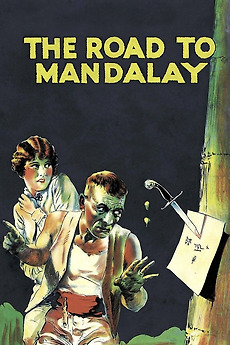 The Road to Mandalay
JustWatch

The Road to Mandalay

Joe, a former sea captain whose wife died during the birth of their child at sea, is now a pockmarked, disreputable divekeeper in Singapore where he indulges in shady operations with Herrick, known as The Admiral. They ship for Mandalay, where Joe's daughter lives with a priest, Father James, and tends a curio shop, unaware that her father regularly sends money to Father James for her support. Although his daughter clearly finds him abhorrent, Joe determines to take her away until he learns that The Admiral has fallen in love with her and plans to marry her. He persuades Father James (actually his brother) not to perform the ceremony, and The Admiral is shanghaied by Joe's men. The girl, suspecting Joe, goes to his brothel in Singapore and is about to be assaulted by Charlie, a lecherous Chinaman, when Joe intervenes and is stabbed. The Admiral comes to her rescue and escapes with her on a boat.

That Touch of Mank

In regards to Mank that's coming out later this year, I've made a list. This list is comprised of all…

Top 10 in order. The rest are chronological.

This list is based on the book "Cutting Edge: Art-Horror and the Horrific Avant-Garde" by Joan Hawkins, University of Minnesota…

One film per director. Only includes titles already on Letterboxd. Unranked.

List with the films reviewed on Alfred Eaker's weekly column on the 366 Weird Movies website. Turn on the notes…