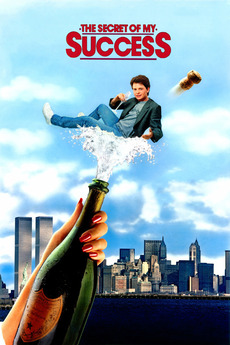 The Secret of My Success
JustWatch

The Secret of My Success

There's no such thing as an overnight success. Brantley Foster took two weeks.

Brantley Foster, a well-educated kid from Kansas, has always dreamed of making it big in New York, but once in New York, he learns that jobs - and girls - are hard to get. When Brantley visits his uncle, Howard Prescott, who runs a multi-million-dollar company, he is given a job in the company's mail room.

Among other offerings is a section of "classics curated by…