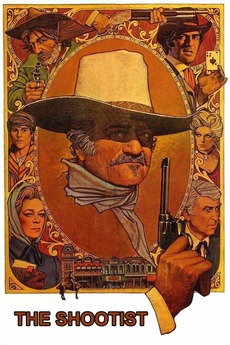 He's got to face a gunfight once more to live up to his legend once more. To win just one more time.

Afflicted with a terminal illness John Bernard Brooks, the last of the legendary gunfighters, quietly returns to Carson City for medical attention from his old friend Dr. Hostetler. Aware that his days are numbered, the troubled man seeks solace and peace in a boarding house run by a widow and her son. However, it is not Brooks' fate to die in peace, as he becomes embroiled in one last valiant battle.

You see, in this world, there's two kinds of people, my friend - those with loaded guns, and those who…

[For those of you who want to skip the full list and get right into some quality films about disability,…

Last list zogged, current list extended by 50 films in response. Not comprehensive, unfortunately limited by my own viewing experiences.…