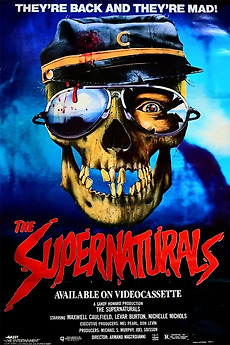 There are strangers in the woods and a century of hatred is about to erupt.

Nichelle Nichols is an army sergeant who leads her platoon into the woods of the deep south on a training exercise. Unfortunately, it is the site where a bunch of yankee soldiers murdered a town of confederates. The corpses of the dead soldiers rise up to wreak revenge.

Shamelessly plucked some movies from Paul's Cover Art: Skulls list, but I don't feel TOO bad about it 'cause peep…

The Official Splatter Movie Guide Both Volumes: The Complete List

Here it is, the ultimate list of splatter movies (according to the guy who coined the term "splatter movie"). Both…