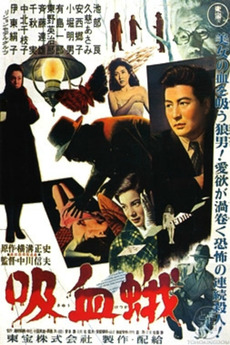 The story of a professional nude model stalked by a bizarre, unknown man wearing a hideous mask.