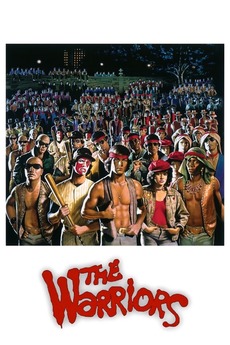 These are the armies of the night.

Prominent gang leader Cyrus calls a meeting of New York's gangs to set aside their turf wars and take over the city. At the meeting, a rival leader kills Cyrus, but a Coney Island gang called the Warriors is wrongly blamed for Cyrus' death. Before you know it, the cops and every gangbanger in town is hot on the Warriors' trail.

movies that josh and benny mentioned, talked about or recommended in interviews, podcasts, etc.