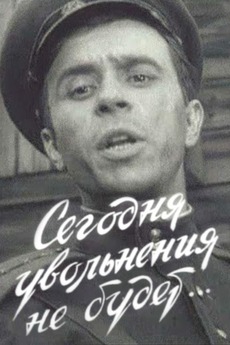 There Will Be No Leave Today
JustWatch

There Will Be No Leave Today

Soldiers undertake the perilous task of removing a stockpile of World War II bombshells discovered during roadworks under the ground of a small village.

As Mania and Mantus fell in love, they started watching films...

Includes any film with a significant depiction of war/military, even if that isn't the primary focus.

After wrapping up Haneke and Bresson, I make the next obvious choice: Russia’s most cryptically poetic, exhaustive, metaphysical, Malick-esque filmmaker.…

First, links to what I’ve seen: