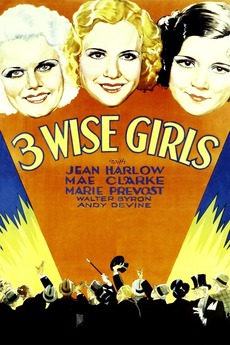 A virtuous small town girl supports her mother on her salary as a soda jerk.

Romantic comedy drama about three friends in New York. Cassie has come to New York and goes to work as a model where her friend Gladys works. She falls in love with wealthy young Jerry who is already married. Gladys has the same probelm with her man Phelps.

A few of these were nominated and won an Academy Award or Emmy in the short categories (see notes). See…

A necessarily incomplete list of Pre-Code Hollywood movies, inspired by the BFI artcle Pre-Code: Hollywood before the censors.

Silver Screen Fiend: Learning About Life From An Addiction To Film

This is the list of films included in the Appendix to Patton Oswalt's recently authored memoir, "Silver Screen Fiend: Learning…

Three Girls are Better Than One

When two is not enough (sorry Thelma & Louise, Persona etc.) and four is too many (sorry Little…

"Pardon Me While I Have a Convulsion!": My Favorite Pre-Code Films

a list of the films listed in the appendix of "complicated women: sex and power in pre-code hollywood" by mick…

Some fun films from the Pre-Code era. Some good laughs, dialogue, costumes and acting when things could get pushed out…