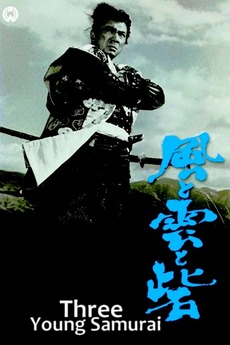 During Japan's Warring States period three young Tokugawa vassals head their separate ways after Takeda Shingen's forces overran their castle. When they next meet they have all joined opposing sides.

This is a list of films that I've backed up on to an external hard drive.

Missing From Letterboxd: Made…