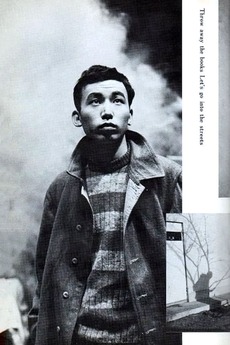 Throw Away Your Books, Rally in the Streets

Conditions have been better for the nameless protagonist: his grandmother is a shoplifter and his war criminal father and sister have an unhealthy, intimate relationship with the family rabbit.