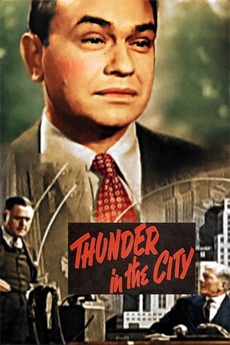 Thunder in the City

A visiting American engages in a bold business promotion, the likes of which the British have not seen.