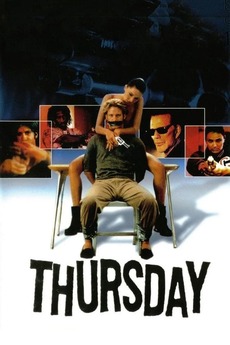 They say the past always catches up with you. This could be the day.

Casey has given up drug dealing for a suburban idyll in Houston, a job as an architect and a new wife. They are even planning to adopt a child. But Casey's past arrives on the doorstep in the shape of Nick, an old business partner. And all hell breaks loose!

The Clock uses excerpts from throughout film and television…

A listing of the Kino Lorber Studio Classics DVD/Bluray label, dedicated to classic studio "deep cuts". I've pieced together all…

Week six is time for the crime category. Due to its potential similarity with the thriller genre I'm going to…