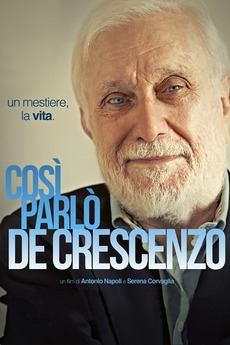 Tracing the journey of a free thinker, engineer, writer, scriptwriter, actor and director through his life and work, Così Parlo De Crescenzo harnesses the energy of a man determined to transform the lives and culture of those around him. Born in Naples, Luciano De Crescenzo graduated in engineering and worked as a programmer for IBM until 1976, when he escaped the routine of his 'corporate prison' and published his first book.