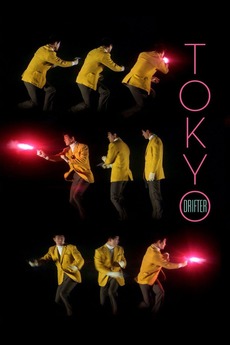 After yakuza boss Kurata dissolves his own criminal empire, a rival kingpin offers a position to Kurata's top operative, Tetsuya "Phoenix Tetsu" Hondo. When the fiercely loyal Tetsu declines, Otsuka taps unstoppable Tatsuzo the "Viper", a ruthless gun-for-hire, to assassinate him. As the Viper trails his target through the countryside, the agile Phoenix Tetsu grows concerned that one of his former associates has betrayed him.

This Is Someone’s Favorite Film in 2020

This list serves as a challenge for the month of January, with the goal being to expose people to some…

"Don't try to understand it, feel it."

Films that encapsulate that quote from Tenet (2020). Ones that do have an analytical purpose and meaning, but can be…