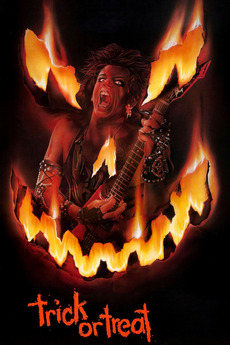 What are you afraid of? It's only rock and roll...

Eddie Weinbauer, an '80s metalhead teen who is bullied at school, looks to his heavy metal superstar idol, Sammi Curr, for guidance. When Curr is killed in a hotel fire, Eddie becomes the recipient of the only copy of Curr's unreleased album, which, when played backwards, brings Sammi back to life. As Halloween approaches, Eddie begins to realize that this isn't only rock 'n roll...it's life and death.