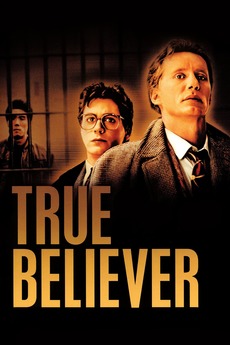 Eddie Dodd is a burnt out former civil rights lawyer who now specializes in defending drug dealers. Roger Baron, newly graduated from law school, has followed Eddie's great cases and now wants to learn at his feet. With Roger's idealistic prodding, Eddie reluctantly takes on a case of a young Korean man who, according to his mother, has been in jail for eight years for a murder he didn't commit.

Cameras in the Courtroom: A Docket of Legal Dramas

Films that revolve around various participants of the modern legal system, from judges and jury members to lawyers and legal…

This is a list of most of the movies mentioned or referenced in The Simpsons. This list is…

Showcasing the gritty, underground, hidden sides of NYC. Horror, exploitation, crime and oddball cult flicks of the late '70s (after…