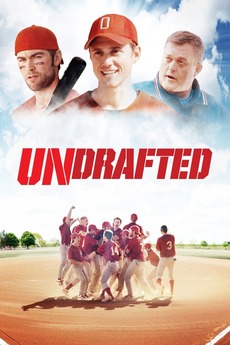 A story about life's strikeouts and home runs.

Joe Mazzello, best known for his acting roles in Jurassic Park, HBO's The Pacific, The Social Network, etc, wrote and made his directorial debut with this story based on his brother's experience as a collegiate baseball star who was skipped over in the Major League Baseball draft. Story centers around an intramural baseball game with his misfit teammates that becomes incredibly important to him as he tries to come to grips with his dashed dream.

It Happens Every Spring: A Comprehensive List of Films About America's Favorite Pastime. Yes Baseball, Not Football!

"Relax, all right? Don't try to strike everybody out. Strikeouts are boring! Besides that, they're fascist. Throw some ground balls…

In general, movies that I couldn't pass up the opportunity to watch.

Not strictly ranked, but segmented by rating I've…

Me: Recommend me literally any movies!

My long ass watchlist: aM I a JoKe To yOU?

Filmography of the Cast