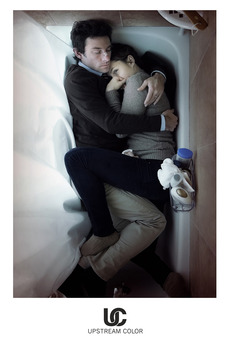 A man and woman are drawn together, entangled in the lifecycle of an ageless organism. Identity becomes an illusion as they struggle to assemble the loose fragments of wrecked lives.

"It's all style but no substance" And its, um, the style is the substance.