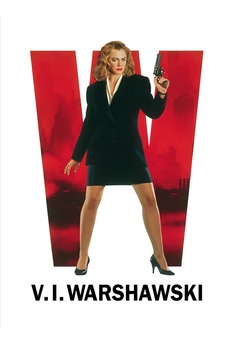 Victoria "V.I" Warshawski is a Chicago based private detective who agrees to babysit for her new boyfriend; then he is murdered. Being the detective type, she makes the murder her next case. In doing so she befriends the victim's daughter, Kat, and together they set out to crack the case.

Expanding on my Phillip Marlowe list, this is a list of films with a private detective as the central character.…