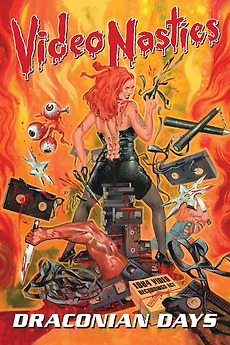 The highly anticipated follow-up to their critically acclaimed VIDEO NASTIES: MORAL PANIC, CENSORSHIP & VIDEOTAPE documentary, director Jake West and producer Marc Morris continue uncovering the shocking story of home entertainment post the 1984 Video Recordings Act. A time when Britain plunged into a new Dark Age of the most restrictive censorship, where the horror movie became the bloody eviscerated victim of continuing dread created by self-aggrandizing moral guardians. With passionate and entertaining interviews from the people who lived through it and more jaw dropping archive footage, get ready to reflect and rejoice the passing of a landmark era.

Work in progress. Feel free to let me know of any additions or deletions.

Poor Dillon--so far from streaming, and so close to Movie Madness!

I'm a huge fan of documentaries, especially those on my two favourite topics, namely horror films and heavy metal. So…