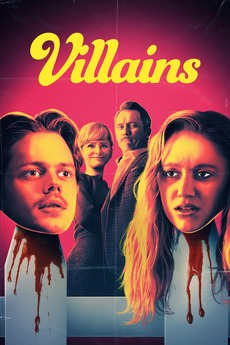 Two bad people are about to meet two worse people.

When their car breaks down, a couple on the run headed southbound for a fresh start in the Sunshine State break into a nearby house looking for a new set of wheels. What they find instead is a dark secret, and a sweet-as-pie pair of homeowners who will do anything to keep it from getting out.